Kristen and I fled the Arctic chill Thursday afternoon after I my typical 5500yd nightmare swim session. We drove down in separate cars to Charlotte and dropped her car off at her house, grabbed a quick pasta meal at the nearby Macaroni Grill (~4:30pm, early bird special) then proceeded to drive into the armpit of the peach state in search of the town known as Albany. Kristen had to be back in Boone on Monday to continue her job shadowing hours for physical therapy.

Around 10:00pm we had far exceeded our saturation point of driving and in kind consideration for the safely of other drivers decided to call it a night in Macon, Ga. We stayed at the Hilton (bling) on Mercer University's Campus. After a sleeping in (~7:30am) we were about stir crazy sitting in the hotel and decided to throw on our running gear to get in a jawg around the mighty Mercer campus (think their mascot are bears but couldn't come up with a pun, so feel free to insert pun here...) Pretty place but lord knows it must be hot in the summer because after running in the snow it felt like Death valley with humidity! As soon as we had stretched, ran some pickups and I had found a baseball (bling), we packed the car, stole some silverware (we needed oatmeal bowls...I mean come on we are starving, broke college kids) and drove the remaining two hours to Albany, Ga; the birthplace of Ray Charles. The rest of the day was spent going to the grocery, continuing the carbo load and visiting the expo.

As usual 4:30am came early. Kristen's mom and dad were kind enough to come down and cheer us on, plus give us a ride to the race start. We decided to take the first half of the race conservatively (1:50) and then pick it up on the second side. Knowing how important the race was to Kristen and her hitting her Boston qualifying time, I wanted to give back to her for all the support she has given me during my races by pacing her out and carrying her fuel belt (which contained enough nutrition to make a summit attempt on Everest).

The race went as expected. We took the opening miles easy (8:25 pace). The weather was overcast with a huge blanket of fog. We were worried about being warm but the weather turned out to thankfully be a non issue. Around mile 9 we came in contact with the dreaded chatty marathon runner who proceeded to tell us all about the dozens of marathons he had run and exactly how his GI problems were going. Awesome! Kristen and I picked up the pace in an effort to drop the guy (we didn't want to be rude); however, at mile 12.5 Kristen decided she had to use the bathroom so we stopped (FOR THREE MINUTES...I was freaking losing my mind) and the chatty guy caught back up to us! SOB! We went through the half at 1:51:23. Needless to say I spent the next few miles upping the pace and doing a lot of mile calculations in my head. I knew that we needed to hit mile 20 at 2:50 to have a shot at the 3:40 cut off. Instead of me pushing the pace; however, Kristen started to up the pace to 7:40s and I simply remained at her side to 'hold her back.' I still have few words to describe the feeling I had watching her cross the line in 3:35 after dropping her fastest mile (~7:10) and finishing 8th overall woman and first in her age! She trained hard and earned that time! Truly incredible!

This week marks my spring training camp here in Chattanooga, TN. I will be running roughly 70miles, swimming 25,000yds+ and completing over 13hrs+ on the bike plus numerous strength and yoga sessions! Bring the thunder! Tomorrow starts the fun off with roughly six hours of training!
Posted by Nemo at 4:20 PM 2 comments:

Yesterday, March 2nd, we finally got a long overdue snow day! The two days before I had suffered through 16mi longrun in 35degree freezing rain quickly topped on the sucky scale by the 3.5hr trainer ride with a 5mi brick run in white out conditions off the bike. 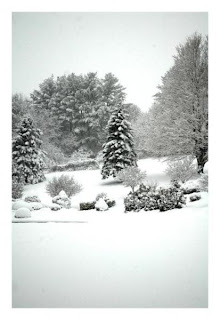 At my apartment we measured 8inches of accumulation (8-12 was the average), which all came in a matter of six hours. I awoke Sunday to rain and when I went to bed Sunday it was dumping! This weekend is Kristen's marathon followed by my spring training camp (ala Spring Break)!
Posted by Nemo at 2:43 AM No comments: 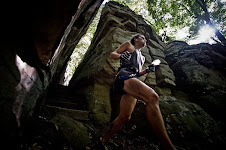